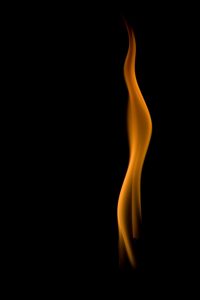 This is part five of a series covering the gift of tongues. This final installment covers some misconceptions that people have about tongues.

I don’t believe that tongues spoken in private and the tongues spoken and interpreted differ in nature. It rather seems to be the same gift, used in different ways. When Paul deals with the gift of tongues, he tells us how to use the gift privately and how to use it publicly.

I see it as very much functioning similar to a normal language. Normal language can be used to sing, proclaim, pray, speak and to communicate in so many other ways. Similarly I would not divide the gift of tongues into public and private gifts. Although the gift many be used in different ways, I still like to see it as the same gift.

Tongues without interpretation is evil

Tongues that are without interpretation do not immediately negate the tongues from being a legitimate manifestation/working of the Holy Spirit. What marks a false tongue would be the flesh and evil spirits. A tongue is evil when it is sourced from an evil spirit, not when it isn’t interpreted.

I would like every one of you to speak in tongues, but I would rather have you prophesy. The one who prophesies is greater than the one who speaks in tongues, unless someone interprets, so that the church may be edified. (1 Corinthians 14:5)

The gift of tongues marks those who are truly saved

This is not correct. The gift of tongues are available to those who are truly saved (Born of the Spirit of God). The gift of tongues is only one of the workings of the Holy Spirit. Paul even goes as far as to say that not all believers can operate in all the gifts. He asks the following rhetorical question:

Do all have gifts of healing? Do all speak in tongues? Do all interpret? (1 Corinthians 12:30).

The obvious answer to that is “no” as he encourages them in the next verse to earnestly to desire the spiritual gifts.

Tongues are always from the Holy Spirit

An illegitimate gift of tongues can also manifest in extreme cases of union with evil spirits. I have however not encountered this that I can remember of, although I have heard of demons praying through people during deliverance sessions. 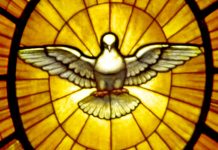 What are the Gifts of the Holy Spirit?

Tongues and Interpretation of Tongues. Part 3: In Practice