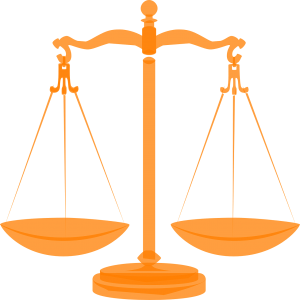 Two weeks ago I was on a camp where the Lord started to speak to me about comparison and competition and the spiritual powers at work behind these two behaviours.

Firstly when these two creep into your life as driving forces they specifically oppose LIFE and FREEDOM. Comparison and Competition is very subtle and may even have a grip on your heart already. Only you can know the answer to that. My idea is not to show you how bad you are by agreeing with it, but how you can overcome these by simply understanding the Kingdom of God better and inheritance better.

Inheritance instead of competition.

When another in the Kingdom prospers, we also prosper. If one part of the body is lifted up, the whole body is increased. Remember that through people the Kingdom of God increases. This means that as they increase, your inheritance also increases. This means that although you might not be the direct steward of something, be that a talent or promotion or anything else you can imagine. You are always a beneficiary. As other people increase, you also increase. There exists no reason for competition and comparison in the Kingdom of God between family – it just makes no sense.

The nature of the Kingdom is that it expands continually, this means that all over the globe God wants to enlarge people’s hearts, capacities, responsibilities, gifts and talents. We cannot have a competitive and comparing spirit in our midst. It will constantly oppose God’s blessing to us and those around us. The dangers of these attitudes and spirits I will address now.

An example of comparison and the effects that it can have between people is seen in the lives of Saul and David.

6 When the men were returning home after David had killed the Philistine, the women came out from all the towns of Israel to meet King Saul with singing and dancing, with joyful songs and with timbrels and lyres. 7 As they danced, they sang:

“Saul has slain his thousands,

and David his tens of thousands.”

8 Saul was very angry; this refrain displeased him greatly. “They have credited David with tens of thousands,” he thought, “but me with only thousands. What more can he get but the kingdom? ” 9 And from that time on Saul kept a close eye on David.

10 The next day an evil[a] spirit from God came forcefully on Saul. He was prophesying in his house, while David was playing the lyre, as he usually did. Saul had a spear in his hand 11 and he hurled it, saying to himself, “I’ll pin David to the wall.” But David eluded him twice.

So you can see that when comparison happens, it leads to jealousy and fear and that ends up in the final culmination: a spirit of murder. Saul was prophesying and even as he was ministering, he was trying to kill David – how can this be?

Again we will see the same pattern with Joseph and his brothers. The Bible talks of their jealousy in Genesis 37:11 and then later it recalls their plans to murder him:

19 “Here comes that dreamer! ” they said to each other. 20 “Come now, let’s kill him and throw him into one of these cisterns and say that a ferocious animal devoured him. Then we’ll see what comes of his dreams.”

23 So when Joseph came to his brothers, they stripped him of his robe—the ornate robe he was wearing— 24 and they took him and threw him into the cistern. The cistern was empty; there was no water in it.

25 As they sat down to eat their meal, they looked up and saw a caravan of Ishmaelites coming from Gilead. Their camels were loaded with spices, balm and myrrh, and they were on their way to take them down to Egypt.

26 Judah said to his brothers, “What will we gain if we kill our brother and cover up his blood? 27 Come, let’s sell him to the Ishmaelites and not lay our hands on him; after all, he is our brother, our own flesh and blood. ” His brothers agreed.

In this second part we see another spirit at play: The spirit of slavery. If it is too gruesome or troublesome to murder someone, the comparer will opt for slavery of some kind – in essence this type of mindset is similar to murder as it attempts to remove the God-given destiny from the individual.

[Edit] After reading this part again, I came to realize that Joseph’s brother’s also tried to get profit from Joseph’s sale. Slavery wants to profit from the person while leaving them bankrupt. We should get a check in our hearts when we don’t have a fathering attitude towards people. When we want to keep them in check and not give them space to expand their ministries and scope and still profit from their bankruptcy.

The deadliness of this comparison spirit usually overtakes our thought-life before it’s fangs start to be seen in our behaviour. It is in the thought-life of Saul and Joseph’s brothers that their murders was meticulously planned and it is here where we should claim the victory using our understanding of a prosperous body of Christ!

Comparison leads to jealousy leads to murder or slavery. When we operate in ungodly comparison we tend to become jealous, we tend to leave less space for someone else (slavery) or we tend to sabotage or deny them in some or other way. We also struggle to celebrate someone else’s victories and promotions.

Can you see how deadly comparison is? So why do we engage in it? Well, because of deception. We do not understand the very nature of the Kingdom that is increasing in, through and around us. Therefore we think that when someone else prospers, I am being robbed of a blessing! Instead reality is when the Kingdom is at play everyone of the body increases as one increases. No comparison needed.

How do I change this?

The spirit of comparison causes us to sow death towards one another through the flesh. It leaves us very critical, it arms us with words of death and slavery. More deadly, it injects into our thoughts the methods and prejudice that helps the enemy to murder the destiny of the person. It releases demonic forces because of our destructive behaviour caused by our thought-life over-run by jealousy.

On the contrary a good understanding of Kingdom inheritance and family causes us to celebrate when someone else is shown favour and blessing. Their increase, means our increase. So challenge jealousy, challenge your reason to control and your thoughts birthed in jealousy. Challenge those critical words. Renew your mind – we are one body, if one increases, all increases. You are increasing as others are increasing – it’s a fact! So embrace and celebrate when others are blessed and stay clear of a murderous comparison spirit. 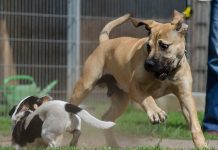 How to Deal with a Spirit of Fear

MUST KNOW: How to test a spirit.

What are the Gifts of the Holy Spirit?