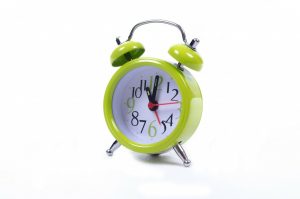 It is interesting that most Christians would not necessarily call themselves prophetic. Sometimes they would even have nothing to do with the very term. They would negate it to the arena of sects and cults. However we should not be too quick to shun a word based hearsay.

Understanding the word “prophetic” in a broad sense is what is needed. “Prophetic” means hearing and speaking for God. I would also include acting on His word as “prophetic.” Prophetic has more to do with the skill to accurately hear, speak and do, than it has to do with simply prophesying in the traditional sense.

It is much easier to call the person who prophesies prophetic, however this does not capture the whole meaning of being prophetic.

How do I know?

How would you determine if you are a prophetic Christian? Well does God ever speak to you or do you just “know” what God wants for you? Many ministers also deny the prophetic, but when asked how they know they should be in ministry, they respond, “God wants me to be”, “He has called me” or “I have a sense that this is what God wants me to do with my life.” The accounts may go on. But they all point to “hearing God”, “speaking what you hear and obeying God.”

This my friends is what it means to be prophetic as a church or as a person.

Prophets or a prophetic people?

In Joel 2:28 Go says that He will pour out His Spirit on all flesh. This starts to come into fulfilment on the day of Pentecost in Acts 2. And as we live by the Holy Spirit, we will experience him in all his facets in our lives. Being prophetic does not make you a prophet. Being prophetic means that you can hear God. Prophets don’t only deal with hearing God they also deal with administrating His agenda through their in-born capabilities and “talents”.

Most Christians never develop their listening and speaking/obedience skills. However it is never far from those who are born of the Spirit of God (See John 4 and John 10).

Being prophetic in definition is required to build a relationship with God.

For some it would be difficult to describe themselves as “prophetic” simply because they have a relationship in which they experience and obey God. Hopefully as time passes this term can be redeemed. The emotional load carried by the term can cause much more confusion than it brings good. However this does not mean that we should not use it. It is our privilege to help people understand what it actually means.

Who can call themselves prophetic? I contend that all true Christians fall into this category. The skill to hear and obey differs though. All Christians should at least be aware that God can speak into their hearts. Spending time with Him to learn to hear His voice and obey His call should be essential for all believers.

Why Churches Have Difficulty Incorporating Prophets