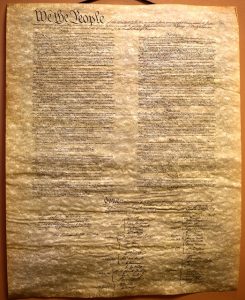 And Jesus went with them. When he was not far from the house, the centurion sent friends, saying to him, “Lord, do not trouble yourself, for I am not worthy to have you come under my roof. Therefore I did not presume to come to you. But say the word, and let my servant be healed. For I too am a man set under authority, with soldiers under me: and I say to one, ‘Go,’ and he goes; and to another, ‘Come,’ and he comes; and to my servant, ‘Do this,’ and he does it.” When Jesus heard these things, he marveled at him, and turning to the crowd that followed him, said, “I tell you, not even in Israel have I found such faith.” And when those who had been sent returned to the house, they found the servant well.
(Luk 7:6-10)

This understanding the centurion applied to Jesus. He understood that Jesus had received a commission from the Father and thus had to do what He was doing. Everything Christ needed to accomplish this commission was placed under Him to command. The centurion saw this. He saw and heard of how nature, demaons and sickness had to obey Christ. He concluded that Christ was a man under authority from on high, since only God had the resources to accomplish what Jesus was doing.

The faith of the centurion then was in this: he believed that what Jesus did could only be because He was sent from the Father. This is the belief that the centurion held. God the Father was backing Jesus. As a man that understood authority, the centurion had to conclude that Christ was sent by God. It would be the only way to explain the things He did.

An example of this can be seen in governmental authorities. In South Africa we have a president who is commissioned by the ruling party, he/she in turn commissions ministers to act on his behalf. These ministers each have a ministry that keeps itself busy with their specific commission. In turn, these ministries are also able to give authority to their agents to help them complete the job that each of them have received. Authority is granted based on the work that these agents need to complete. The work of a police man and a secretary in the Department of Education differs. Each are sanctioned by the government as a whole, yet they receive different resources like privileges, money and duties to help them complete the different commissions given to each of their spheres of government.

The work of these various ministries and agents are governed by law. They are ultimately prescribed by the Constitution of South Africa. The Constitution and the accompanying written laws prescribes what and how the minister and his agents must go about to perform their duties. It is very much similar in the Kingdom of God.

To be under authority means to be busy with a commission – To accomplishing the task or agenda that is assigned to you. Christians must be careful that they do not assume that they are under heavenly authority because they are busy in a ministry or a church. They might be under authority, but it might be that the work and purpose they are spending their time on is not sanctioned by the throne of God, but by a human minister or business.  This minister might be busy with a work that is not completely sanctioned by God. Some of it might be and the minister might be doing it to the best of their ability, but may still be commissioning work that is not supposed to be done by them. Such work is under the authority of the minister, but not under the authority of the throne of God. A person toiling in such work is under authority, but is not building the Kingdom. It is not necessarily evil, but it is important if the one doing the worj might be under the impression that it is for God.

These activities from the perspective of the main principal (God) is unauthorized and He will not be bound to resource such an endeavour. However physical resources are not the only indication that a work is sanctioned by God as there are many others who can resource work as principals. It is the responsibility of the believer, because he has the Spirit of God to also enquire whether the work he or she is toiling in, is also sanctioned by God.

Once a believer is sure of that, the believer must also find out if they should be toiling in this particular work. Being under the authority of a man is not enough for the believer. The commission (work) that the believer engages in must also be sanctioned by God.

It is essential that believers do not underestimate the massive changes that were incurred by the death and resurrection of Christ. The commission of the the church is totally different from that of Israel and it’s agents. The believer finds him -or herself under the governing document and dispensation of the New Covenant and not the Old. The believer must ensure that once they have received a commission, it is also performed in a way that is consistent with the Covenant they are in.

Why Churches Have Difficulty Incorporating Prophets

Where Did The Prophetic Ministry Start?