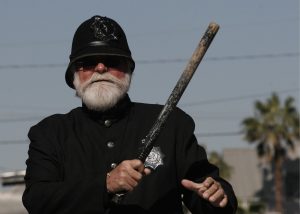 Have you ever heard of people speaking about an office of a prophet or carelessly throwing the word around?

What is an office?

“Position,” “post,” and “function” can all be used to describe different aspects of an office. When you look at it from a governmental or military perspective it can be a bit more clearer. I personally like to explain an office as a job description. I use this so that people don’t get the idea that an office is created by the abilities of a person. Every office has it’s predefined criteria. Before a person is appointed in a position they need to qualify for the position. An office is not determined by those who apply. The office description determines who is qualified for the position and what type of person will be best suited for the job. Even when a person qualifies they still need to be appointed by an authority.

An office will include things like education and experience.

Why does an office exist?

An office is created to fulfill the needs of a principal or authority. The authority has a specific task that they want fulfilled. To fulfill this need, they create a position known as an office. The authority will then usually find the person best suited to the position to function in that office. The office description would be used as a guide to determine who would be the best candidate for the task.

Everyday examples of officers in offices

These are examples of earthly officers:

Can you see how these offices are put in place by government and then people are appointed to accomplish a task? Even when you have all the abilities of a police officer, you cannot function as one unless you are appointed by the government.

What makes an office an office?

An office is set in place by an authority (principal). This makes the office official. Once an office (think job description) is created, an official is appointed to function in that office. The official will then act as an agent of the principal, furthering the specific cause of the principal.

“And in the church God has appointed first of all apostles, second prophets, third teachers, then workers of miracles, also those having gifts of healing, those able to help others, those with gifts of administration, and those speaking in different kinds of tongues.” 1 Corinthians 12:28

I would list these rather than those in Ephesians 4. The reason for this is the word “appointed.” God is the principal and these “offices” can be taken as officially at God’s direct discretion. These offices are directly accountable to God, however their work in the local church is subject to that specific authority. It is then at God’s discretion where a person that fulfills such an office should be submitted to a local or trans-local work.

Do other offices exist in the church?

Yes, there exist many offices in the church today. Not all these are appointed directly by God. Some of these are put in place by His direct or indirect officials.

On What Basis Can the Five-fold Ministry Unite?